In the absence of any new releases in the post-Christmas period, today and tomorrow If You Were There turns the spotlight on Smash Hits itself – or rather, the people that made it the magazine it was during the 1980s. We start today with the editors during the decade. This doesn’t include Smash Hits founder Nick Logan, but a few words about him first: he edited the magazine for its first year, initially under the pseudonym Chris Hall (the first syllables of his children’s names). When the magazine went fortnightly from the issue of 8 February 1979, he began using his real name but sometimes credited himself as ‘acting editor’, it being clear that he intended to hand the day-to-day running of the title to someone else. By the 1980s he had done so, but he remained closely involved in the magazine, its marketing and promotion for many years to come, often billed as ‘Managing Editor’ under the masthead. At the same time, he launched two other hugely influential magazine titles, The Face and Arena, eventually selling his publishing interests to EMAP, who owned Smash Hits.

Cranna contributed to Smash Hits in one form or another throughout the 1980s, becoming one of its longest-serving writers. His first credited contribution was in the 22 March 1979 issue; by 26 July he was Assistant Editor before taking over from Logan as Editor from the 18 October edition (incidentally the same issue in which the official address for the magazine changed to 52-55 Carnaby Street, where it would remain throughout the 1980s). He studied at St Andrews and Edinburgh universities before deciding on a career in journalism. Smash Hits was one of his earliest appointments, and after surrendering the editorship he worked on a range of other titles on a contract or freelance basis: proofreading and sub-editing, writing articles or reviews, and researching and fact-checking. All these skills were put to good use when he pulled together several editions of The Rock Yearbook in the mid-80s, and more recently when he ghost-wrote for Pete Burns’ autobiography Freak Unique in 2007. 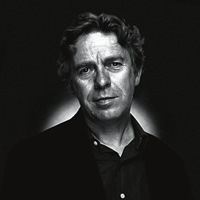 Hepworth was there pretty much from the beginning, receiving his first credit as a Contributor when Smash Hits’s first fortnightly edition was published. He had previously written for New Musical Express (whose offices were across the road from those of Smash Hits) and Sounds and had a dual career in the 1980s as a journalist and broadcaster. He joined the presenting team of the BBC’s ‘The Old Grey Whistle Test’ and was a co-anchor on the channel’s coverage of Live Aid. In the meantime, he was responsible for the launch of two other titles for EMAP, Just Seventeen (1983) and Q (1986). The former was sometimes described as a ‘sister’ paper to Smash Hits, so similar was its style. The key difference was that it was marketed exclusively to girls which it did through fashion coverage and agony-aunt columns/problem pages; beyond that, the same faces interviewed by Smash Hits made up the feature content. It remained in publication for 21 years. Q was an altogether different proposition, a perfect-bound monthly title ignoring the charts and focusing on album product. Read in conjunction with Smash Hits it gave a very good overview of what was happening in British popular music. Other high-quality monthly music (and general entertainment) periodicals he has launched include Mojo (1993-present) and The Word (2003-2012); at the other end of the market, but hugely popular, is the celebrity gossip mag Heat (founded 1999). He has formed his own publishing company Development Hell, won both the Editor and Writer of the Year awards from the Professional Publishers’ Association, and writes regularly for various magazines and newspapers. His book 1971 – Never A Dull Moment: The Year That Rock Exploded will be published on 7 April next year. 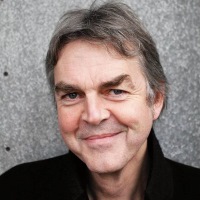 A close associate of Hepworth, Ellen’s career has followed a similar trajectory. He had early posts at New Musical Express, Record Mirror and Time Out before arriving at Smash Hits in 1980. Like Hepworth, he had a career outside journalism too, being a radio disc jockey (standing in for John Peel on Radio 1) and television host (‘Whistle Test’ etc). He was the launch editor of Q and co-founder of The Word. He was also Editor in Chief at EMAP. His memoir Rock Stars Stole My Life! is out now in paperback.

Bush was the original designer at Smash Hits (credited in early issues as Ross George) and remained with the magazine until October 1986. “And so another era in the shifting tableau of publishing that is Smash Hits has come to a halt,” the Bitz column reported in the issue after his exit. “Blub! It’s almost too tragic but the diminutive genius clad in black, Steve Bush, i.e. the editor, has left the ranks of our esteemed magazine… oh, well, no use crying over it now. He’s gorn, GORN!! So as the petite führer shuffles through the glittering portals into Carnaby Street for the last time, Bitz hankily presents…Ode To Steve Bush. Dear dear dear Steve Bush/did you resign/or were you given the push? (haw haw)”. In fact he remained with EMAP to begin with (“he’s gone to think up new ‘projects’ for our publishers,” Bitz admitted), and became an entrepreneurial publisher, designing and editing a number of titles. A lasting legacy of Bush’s at Smash Hits was the logo he introduced with the issue of 28 August 1985, which would remain for nearly fifteen years. During his own time with the magazine he changed the logo every other year.

Born in Belfast in 1960, McIlheny worked on local newspapers before a stint in London at Melody Maker led to his appointment at Smash Hits as editor. He left in 1989 to become launch editor of Empire magazine, another EMAP title, eventually becoming the publisher’s Managing Director in 1994. He was the first editor of Heat when it was launched five years later. He is currently the CEO of the Professional Publishers Association.

Between McIlheny’s departure and Lowe’s appointment, designer Jacqui Doyle (1985 – 1989) was appointed ‘acting editor’. First credited as a Contributor at Smash Hits in 1987, Lowe saw the magazine into the 1990s.

NEW SINGLES on sale from Dec. 26
No release scheduled for this date.

6 thoughts on “The people who brought you Smash Hits…”

Thank you for visiting...